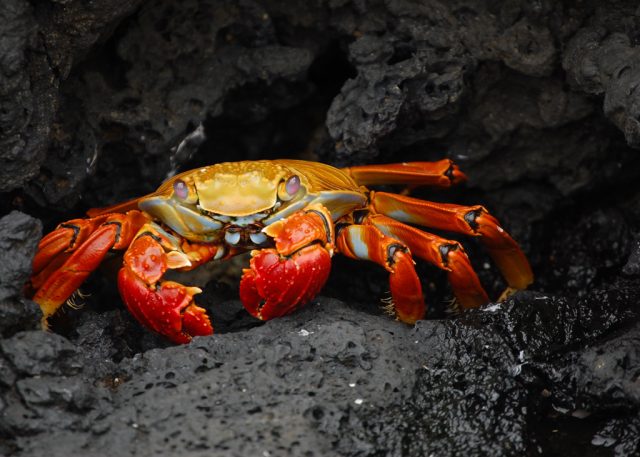 The Societies talk this week “Galapagos, a little world within itself” was by retired architect Brian Anderson a Fifer from Newport on Tay but now living on the Wirral. He is a much travelled photographer who describes himself as an adventure tourist. His travels have taken him from the Artic to the Antarctic and many wild places in-between. His wanderlust took him to the Galapagos Islands in 2016 which he found to be much changed from the wild place that Darwin described when he  visited in 1835 the only exception being that the wild life are still not scared of humans.

As a photographer he gave many tips on how to ensure he was able to use his camera and its equipment in an isolated environment. Using long lenses for some shots and close ups for others he showed stunning shots of the environment and also the wild life including Marine and Land Iguanas, Giant Turtles and many bird species that either visit the Islands or are native.  He named and pictured a few such as Albatross, Boobies, Frigates, Flycatcher’s, Oyster Catchers, Warblers, Herons, Flamingos and the famous Penguins.  Of the 19 different Finches that Darwin identified there are  only 5 species left today.

The Islands charge a special tourist tax which is used to sustain the economy for the local population that has swelled over the years, they have  become passionate conservationists as custodians of their unique environment. At the end of the evening the audience thanked Brian warmly for his presentation that was both educational and exciting.